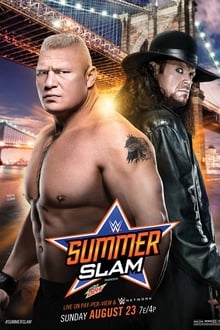 SummerSlam (2015) was a professional wrestling pay-per-view (PPV) event produced by WWE. It took place on August 23, 2015, at Barclays Center in Brooklyn, New York City, New York. It was the twenty-eighth event under the SummerSlam chronology, and the first since 2008 to be held outside of Los Angeles as Staples Center was the exclusive home for SummerSlam from 2009 to 2014. This was the 8th SummerSlam to be held in New York metropolitan area after the 1988, 1989, 1991, 1997, 1998, 2002, and 2007 editions. The Izod Center was originally supposed to host SummerSlam, but due to its closure in April 2015, the event was moved to the Barclays Center. The event was the first in the SummerSlam chronology to be four hours in length, a length previously reserved only for WrestleMania.